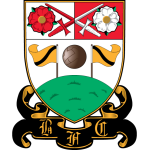 Info:
Exeter City have won three consecutive league matches against Barnet, scoring 8 goals and conceding just 3 in the process. The Grecians have lost just one of their last 18 matches against the Bee's in the fourth tier (W10 D7). Exeter are on a 10 match home unbeaten run against Barnet (W5 D5). Barnet last away win against the Grecians in the Football League came back in April 1995 (2-1). Barnet are without long term absentees Shane Cojocarel, Josh Vickers, Jack Taylor, James Pearson, Michael Gash and Shaun Batt.